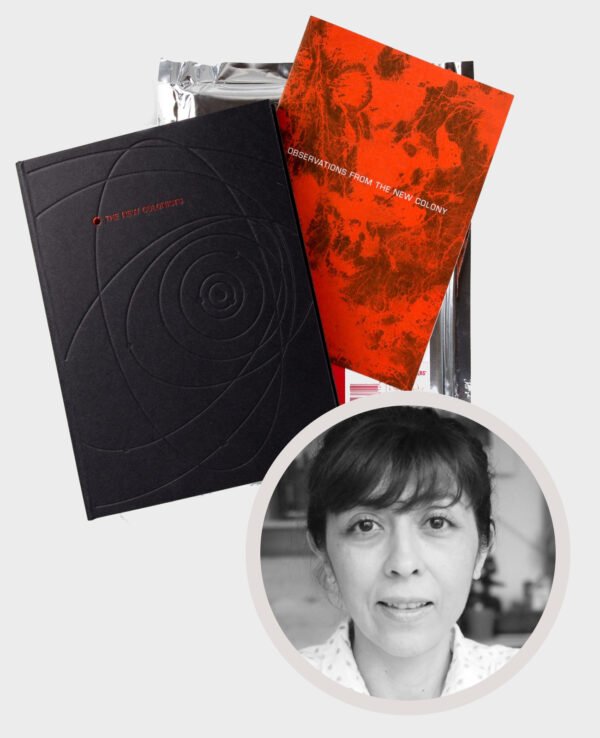 Off the Wall with Monica Alcazar- Duarte

Off the Wall with Monica Alcazar- Duarte

Off-the wall: Expanding your Photographs Beyond Their Frame

Explore alternate strategies for presenting projects which at their centre use photographs but embrace other narrative media. Monica Alcazar- Duarte will lead this 12-hour course, which runs over four weeks. Using two of her projects, ‘The New Colonists’ and ‘Ascension’ as examples of multidimensional work, she invites photographers to think outside the frame and develop strategies for expanding their own photographic practice.  A surprise guest editor will be invited for final crit.

Discussions will include insights on

Why Take this Workshop

All final projects will be published on the screenartsschool.org content portal.

Who Should Take This Course

Available for 48 Hours After Class

Each lecture will be available for 48 hours after the live presentation, to accommodate people who sign up but live in different time zones, or cannot attend in person.

This workshop is suitable for visual storytelling practitioners with work in progress or who are planning a project.

Monica is a British-Mexican multidisciplinary visual artist. Born in Mexico City and being a migrant, has deeply influenced her way of thinking and seeing. Sense of loss, insecurity, need for equality, internal chaos, transitioning between places, and the uneasiness that derives from it, play an important role in her work. Her projects are, at some level, acts of survival. A personal, private attempt that grows into a need of getting together with the public. Anchored to meticulous research, Monica’s works question the very essence of what moves things, and serve as intervention into the carving of socio-political apathy, as well as a way to break the biases and the current status quo.

In our ever-shifting world, in the midst of an ecological disaster, a sense of being at a tipping point has created an acute awareness for many. Transition, participation and need for equality are the core motivations of Monica’s mostly long-term projects. Interaction and participation with the public are indispensable to force a reflection around processes of interpretation, and become an intrinsic ground of her thinking and research path.

Aware that in the current fluid world, the only constant element is change, one aspect remains still throughout: the personal as a driving force to activate the collective. What, intimately keeps her going is to find and create ways of making ourselves, as a community, an active force that works towards a better society.

Monica’s creative thinking confronts current issues using photography, science and cutting edge technology and projects them onto socio-political scenarios, focusing on the ethics of image making, and the tension between images, context and ideology. Text written by Maria Teresa Salvati ‘My Spot of Beauty – C41 Magazine‘

Monica is currently a nominator for the Joop Swart Masterclass and member of Women Photograph.

I try not to imagine what I am going to find or the images I would like to make. My frustration with clean-cut answers has led to an obsession with creating multidimensional, layered, works. I am fascinated by all that is at the brink of shifting or developing into something unexpected.

Why Take This Class

Students will benefit in the following ways

Ambiguity and the New Subjectivity